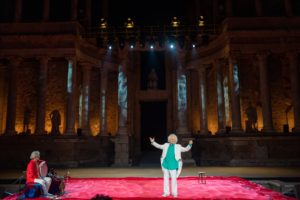 “Safo” and El Brujo triumphed in this edition and the City Hall is already working for next year’s edition. The Alicante International Classical Theatre Festival (FITCA), held from 13 to 25 September, has closed its sixth edition with nearly 5,000 attendees to the six theatrical proposals that have been developed

THE THEATRE MAIN OF ALICANTE COMPLETES ITS PROGRAM FOR THIS SPRING.

Get your 2022 Cultural Voucher of the Municipality of Alicante for the shows of the Principal.

The show “Now or Never” scheduled for 18 November is cancelled.